Everything you need to know about Vatican City, Rome

Vatican City in Rome, is the smallest state in the world, independent and with an area of just 44 hectares. It houses some of the most famous works of art in Italy, many of which are exhibited in the Vatican Museums.

History of the Vatican City

In the Vatican reigns the absolute monarchy and the Head of State is the Pope, who enjoys full legislative, executive, and judicial powers.

The Vatican City State has its flag in which two symbols of the Catholic Church are represented:

The trikingdom is the Pope’s headdress that has a double representation: the triple Church (militant suffering, triumphant) and the 3 powers of the Pope (father of princes and kings, rector of the world, and vicar of Christ on earth).

The keys of Saint Peter, represented one in gold and the other in silver, are the symbol of the legacy that Christ left to Saint Peter and Christianity.

The security of the Pope and the State is entrusted to the Swiss Guard Corps and the Gendarmerie Corps.

→ Explore the Vatican on our Vatican Tours

How is the Pope elected? 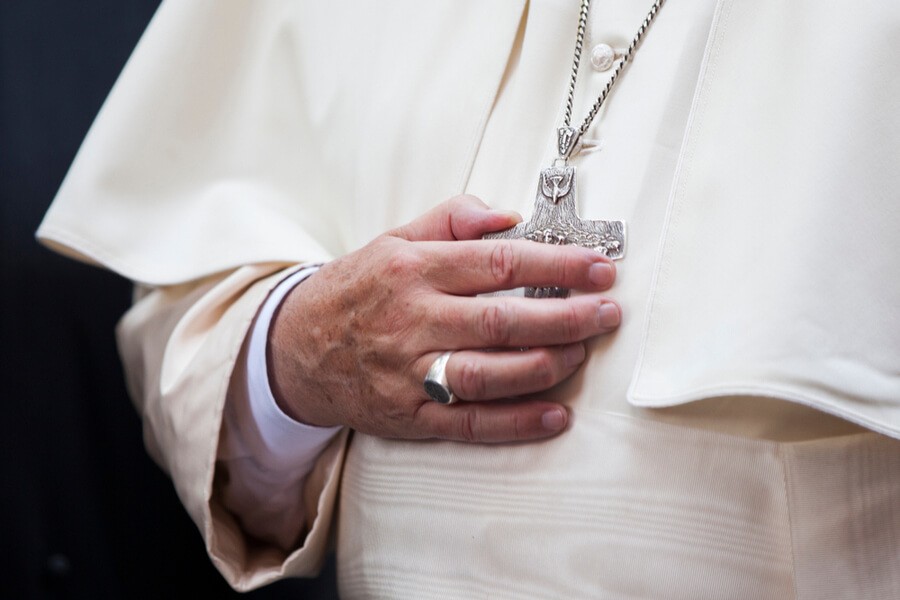 The Pope is elected through the conclave of the cardinals by a qualified majority of two-thirds.
All cardinals who are not yet 80 years old can participate in the Conclave.

At the opening of the conclave, the cardinals gather in the morning in St Peter’s Basilica for the mass "Pro eligendo Pontifice".

Once entered the Sistine Chapel each cardinal carries out the oath of fidelity and secrecy.
Afterward, the extra omnes is pronounced, that is, the outside all, and each cardinal proceeds to the writing of the chosen name.
If a majority of two-thirds of the votes is obtained, the Dean on behalf of the whole College asks the chosen one for consent, that is if he accepts the election as Supreme Pontiff. After receiving the yes, he asks him by what name he wants to be called, and everything is put on record.

Meanwhile, the faithful wait in St Peter’s Square, if the smoke is black, it means that the Pope has not been elected, if it is white, instead, Habemus Papam.

The newly elected pope retires to the sacristy of the Sistine Chapel, a place where he wears his vestments and where he usually bursts into tears with emotion and a sense of responsibility (for this reason, the sacristy is also known as the cry room). Immediately after the pontiff faces the loggia of the Basilica of Saint Peter and begins his first blessing Urbi et orbi.

What to see in the Vatican? 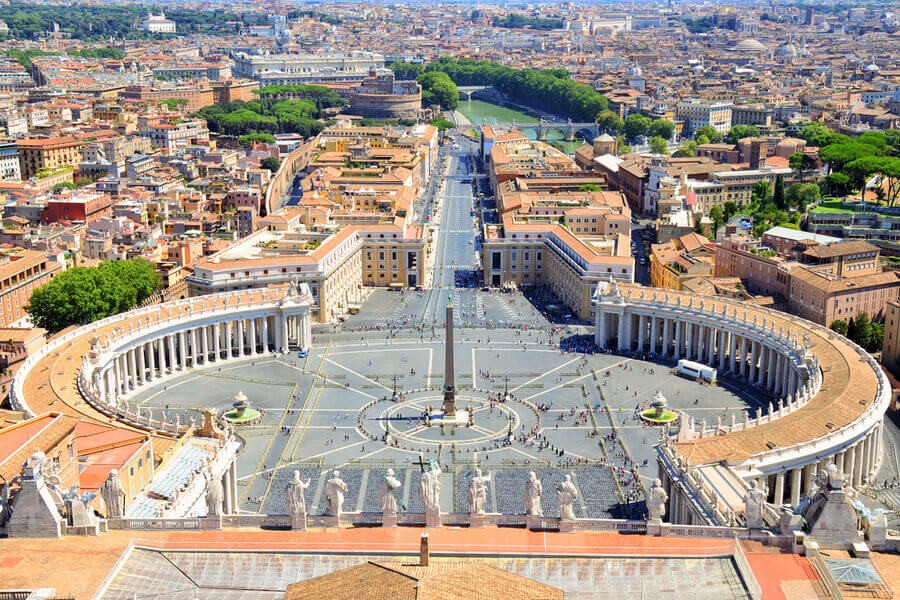 St Peter’s Square is the heart of Vatican City and is one of the largest squares in the world.
The square was built by Gian Lorenzo Bernini between 1655-1667 and commissioned by Pope Alexander VII Chigi.
By 4 rows of 284 columns and 88 pillars. Whose roundness flows to the square an idea of size and infinity, also suggested by the elliptical shape of the square. In the upper part of the columns there are 140 statues of saints 3.20 meters high, made around 1670 by Bernini’s disciples.

Most important symbolic place of Christianity, Saint Peter’s Square is one of the highest urban masterpieces in the world and its shape symbolizes the universal embrace of the Church to the faithful and not, to reunite them with the Church and illuminate their faith.

Its shape symbolizes the universal embrace of the Church to the faithful but also to the heretics to reunite them with the Church and the infidels to illuminate their faith.

At the center of the square, we find an obelisk and two fountains; while at the foot of the staircase, almost as if to welcome the faithful, there are the statues of Saint Peter and Saint Paul. 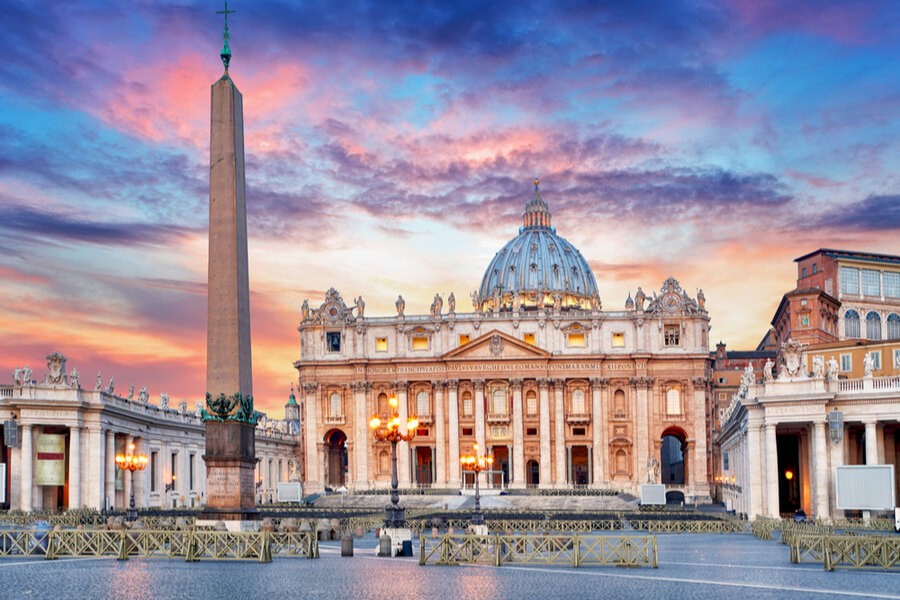 This basilica is an architectural work of great importance created by great artists such as Bramante, Michelangelo, Bernini, and Maderno.
One of the works inside that leaves you breathless is La Pietà di Michelangelo.
La Pietà is one of the most beautiful works made by Michelangelo Buonarroti when he was just over 20 years old. It is a marble sculpture representing a dressed Virgin Mary, who has in her arms dead Christ.

Climbing 231 steps you can get to the top of St Peter’s Basilica and admire one of the most beautiful views of the city. 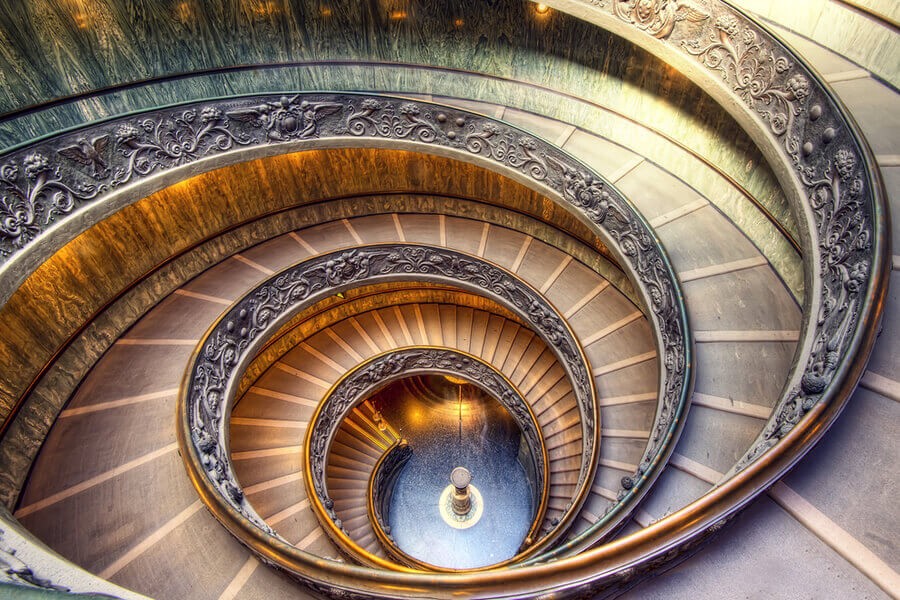 The Vatican Museums are the national museum of the Vatican City and host the largest art collection in the world.
Sculptures, statues, frescoes, paintings and mosaics, precious collections by top artists accumulated by the Pontiffs over the centuries.

The collections are preserved and exhibited in the various rooms of the Vatican Museums.

The founder of the Vatican Collections is considered Pope Julius II Della Rovere, who brought his private collection as a dowry and placed it in the Courtyard of the Statues (now the Octagon Courtyard). 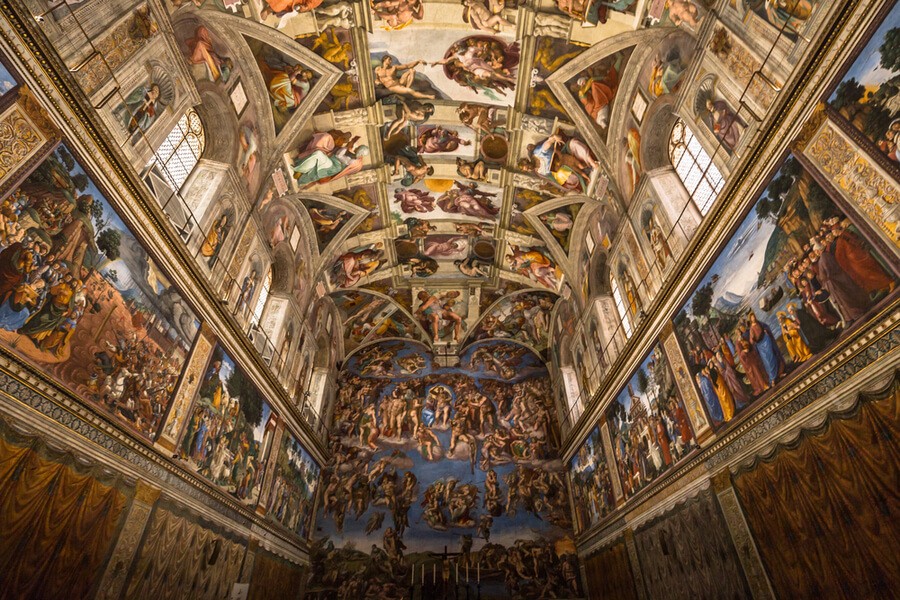 One of the Vatican’s must-see masterpieces is the Sistine Chapel, which contains some of the most famous frescoes in the world. Pope Julius II entrusted Michelangelo Buonarroti with the task of fresco-painting the ceiling of the Sistine Chapel.

The Last Judgment of Michelangelo, is the most appreciated and known work of the Sistine Chapel by Michelangelo. The fresco depicts the unleashing of the Apocalypse with the image of Christ bringing with him the righteous to Heaven and the angels who instead lead the damned to Hell.