Halloween in Rome: the Roman Tradition in Ancient Rome

If you have decided to spend Halloween in Rome you should know the origins and traditions that are celebrated during this particular day.
Halloween is for everyone one of the most scenic and fun American holidays, but the tradition hides a spiritual and ancient soul that is celebrated around the world on October 31.

The Halloween party is one of the most popular holidays for young people and children, and who did not knock between the houses of the neighborhoods of cities and countries has never recited the famous phrase "trick or treat"? And who has never decorated a colorful yellow pumpkin carved with eyes and mouth?

To celebrate the famous "Day of the Dead" is expected on October 31 as the night that puts in contact the world of the living with that of the dead and for this surrounded by masks and decorations of all kinds: spiders, spider webs, witches and skeletons. A real party with bows and that fascinates especially children.

The origins of Halloween in Ancient Rome

The origin of the Halloween festival would seem according to tradition, to be inspired by a festival of Ancient Rome, called "mundus patet", which means "open world", and which lasted three days a year. In these three days, it is said that the souls of the dead returned to earth.
The Romans in fact believed that on some concrete dates the souls of the ancestors had to be allowed to return to earth, for this reason the feast was celebrated on the chosen days: August 24, October 5 and November 8.

The Mundus was, in ancient Rome, an underground building with a semicircular floor that was opened in those three precise days and that put in contact with the gods of the underworld to whom sacrifices and gifts were offered.
The historian Ovid describes in six books the feasts of the Roman calendar dedicated to the memory of the dead, called "Feralia", that is a sort of original Roman Halloween.
The feralia are so called because during those days the living brought offerings to the dead and such rites served to appease the spirits of the dead and make them harmless to the living thanks to the help of good spirits.

The pumpkin of Halloween 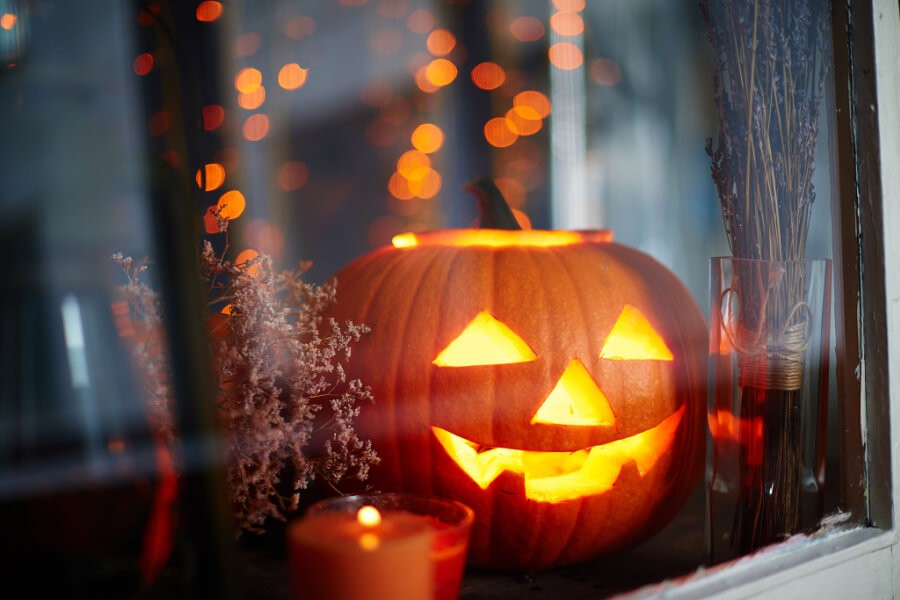 The pumpkin has always been the symbol of the Halloween festival and was in ancient times and still today, considered the emblem of the resurrection of the dead.
Not surprisingly, it is customary to empty them and after turning them into real heads, illuminated by a lit light inside them, they are placed on the windowsills or on the corners of the streets to represent the arrival of the dead during the night of October 31.

In English, the Halloween pumpkin bears the name of Jack O'Lantern, from the protagonist of a popular legend that for the occasion used to carve vegetables, specifically, turnip, not to bring the spirits closer. When it was later discovered that for the occasion it was easier to find pumpkins than turnips. The pumpkin took its place to honor the tradition of Jack O'Lanter and become the official symbol of Halloween.

Where should I go for Halloween in Rome?

Here are some ideas if you want to spend Halloween in Rome, between fun and fantasy: