3 days in Rome: what to do and see

Rome is a city rich in beauty, history, and culture. To visit it all, the time available is never enough.
Do you want to spend 3 days in Rome and you are wondering what to see? Here are some tips and ideas that will allow you to easily get around the city and do not miss the monuments and the main attractions of Rome.

For more information, you can consult all our tours of Rome and accompanied by our specialized guides, enjoy the beauty of the city. With Hop on Hop Off, you can also take a panoramic tour of Rome and it’s main attractions in a short time and in a new and fun way.

What to do and see in 3 days in Rome

We have designed for you a possible travel itinerary to spend 3 days in Rome between history, culture, and fun. 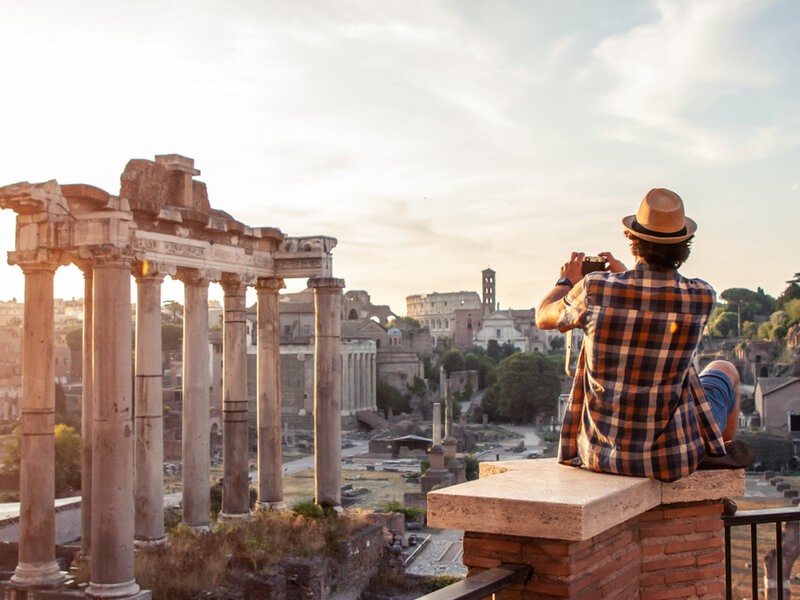 The first stop in Rome is the visit to the Colosseum,  the emblematic monument of the city. The Colosseum was the largest amphitheater in the Roman world, where gladiatorial fights and Roman games were held.

Next to the Colosseum is the Roman Forum, to taste the taste of ancient Rome. The Forum is the place where Rome’s public and religious life took place. Along the Via Sacra you can identify yourself in Ancient Rome and walk among the remains of temples and monuments of the time.

A few steps from the Colosseum there is also the Altar of the Fatherland, the most important monument built in honor of the king of Italy, Vittorio Emanuele II and for this reason also called "ll Vittoriano", is the symbol of the nation and its democratic and European values

With a short walk, we find the Circus Maximus, the largest stadium in Rome where were held various competitions including carriage racing and equestrian parades.
From here you can reach the Mouth of Truth, an ancient marble mask linked to a curious medieval legend according to which, once inserted the hand inside, the mouth could bite anyone claiming a falsehood. 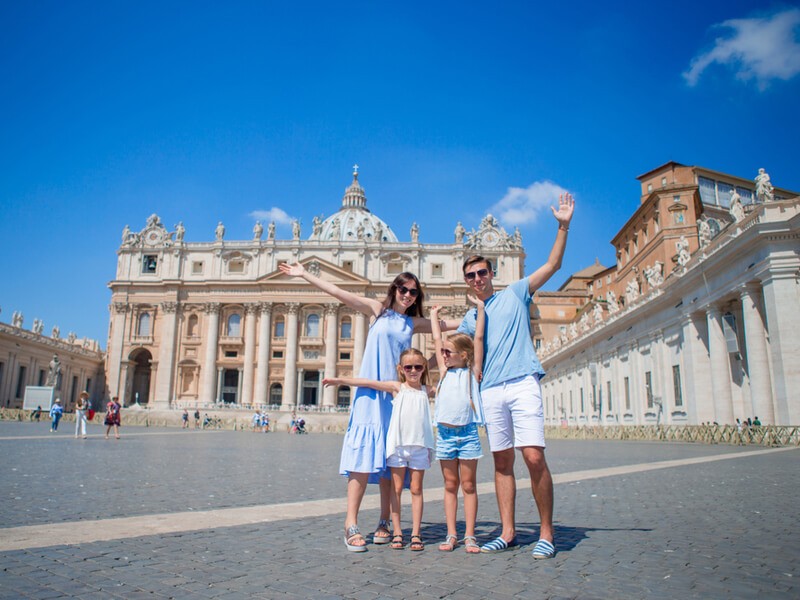 On a trip to Rome, you can’t miss a visit to discover Vatican city, the smallest state in the world.

One of the symbolic places of Christianity is undoubtedly the Basilica of Saint Peter.
The largest church in the world, with the imposing dome that rises above the roofs of the Eternal City and the immense artistic richness, among which the grandeur of the statue of Saint Peter stands out.
At the foot of the Basilica is one of the most beautiful and largest squares in the world: Saint Peter’s Square, with the imposing colonnade designed by Bernini and composed of 284 beautiful Doric columns

Vatican Museums are the national museum of the Vatican City which are exhibited the largest and most important collections in the world collected by the popes over the centuries. They also include some of the most exclusive places of the Apostolic Palaces.
Of course, you cannot miss a visit to one of the most important treasures of the Vatican and the world: the Sistine Chapel, with its wonderful frescoes painted by great Italian artists such as Michelangelo, Botticelli, and Perugino.

Given the huge influx of tourists, it is advisable to take advantage of skip-the-line tickets to the Vatican museums that save time and avoid long queues. 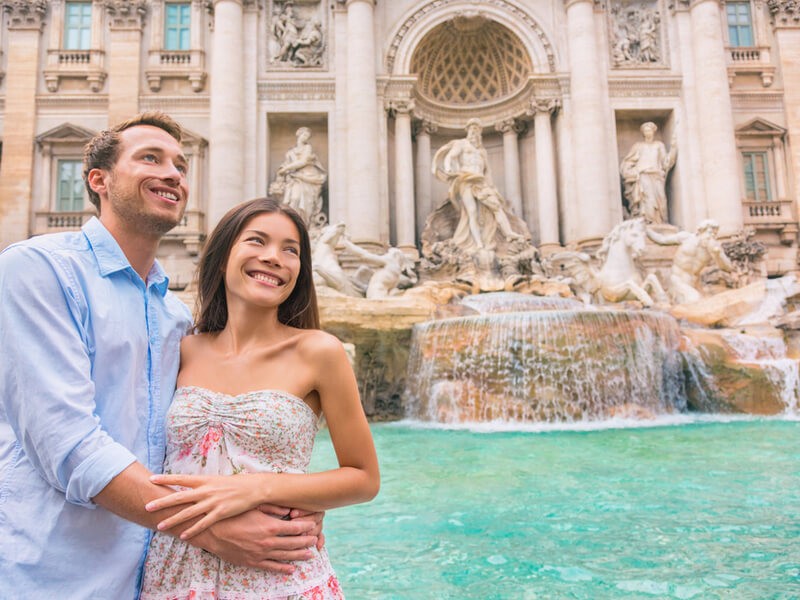 The third and last day you can dedicate to the visit to the historic center of Rome.

Piazza del Popolo is located at the center of a triangle of streets known as Tridente and consists of: left Via del Babuino, right Via di Ripetta and center Via del Corso. Here you can visit the Church of Santa Maria del Popolo where you can admire two wonderful paintings by Caravaggio and some Renaissance works. At the center of the square, we find the Obelisk Flaminio, the Egyptian obelisk dedicated to Ramses, about 24 meters high.

If you love shopping, you can not miss a walk to the Spanish Steps and Via Condotti, the latter famous for luxury shopping with the presence of boutiques such as Gucci, Prada, and fabulous restaurants.

From Piazza di Spagna you can reach the entrance of Villa Borghese, one of the most beautiful parks in Rome. Here you can enjoy some relaxation surrounded by nature.

We proceed with the visit to Trevi Fountain, the most famous of the Roman fountains. It is the exhibition of the Virgin Water, the aqueduct that Marco Vipsanio Agrippa led to Rome to feed the spa. Its name comes from trivio, which is the crossing of 3 streets: Collatina, Prenestina and Tiburtina.
Here traditionally there is the custom of throwing a coin in the central tank and making a wish. The throw must take place with closed eyes, turned with the right hand on the left shoulder.

Pantheon, the ancient Roman temple dedicated to all deities then became in the 7th century a church. The place is also famous for its dome, whose center opens an oculus of 8.92 m that allows natural light to penetrate and illuminates the whole building.

Near the Pantheon, you can also admire Piazza Navona, the most famous masterpiece of the Baroque.

From Piazza Navona, you can quickly reach Castel Sant'Angelo (also known as the Mausoleum of Hadrian), a fortress built in the years 135 by order of Emperor Hadrian,
Inside you can visit the ancient papal apartments and the great collections of weapons. On the upper floor, from the terrace, you can admire the whole city from above.

With a pleasant walk along the Tiber, you can then reach Trastevere, one of the most characteristic districts of Rome. In Trastevere, you can visit the ancient Basilica of Santa Maria in Trastevere and satisfy your culinary needs.