All you need to know about the pinsa romana

The Roman Pinsa is a tasty gastronomic invention that represents the revolution of the pizza world and is loved by both Italians and foreign tourists.

What is the Pinsa

Reworked thanks to modern ingredients and processing techniques, the Pinsa Romana, is characterized by its typical oval shape that is crisp on the outside and in particular on the edges, and soft on the inside and made with a mix of exclusive flours, such as rice flour, wheat, soy and mother pasta.
These ingredients make it extremely digestible and crumbly, with a unique traditional taste, which with the addition of salt and aromatic herbs make its taste unique and inimitable.

The term Pinsa comes from the Latin "Pinsere" which in Italian means to stretch, to stretch and to crush, hence the definition of "schiacciatina" or "focaccina" Roman.

When was Pinsa invented? History and characteristics 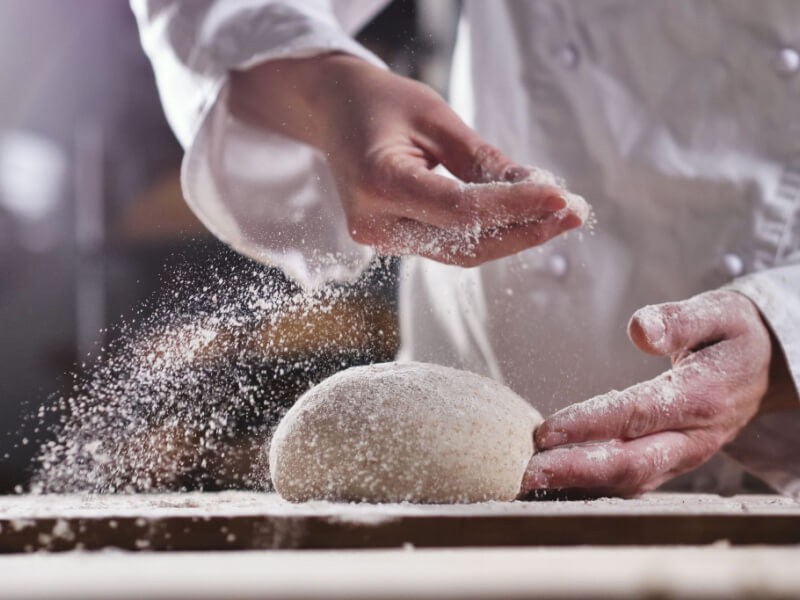 The Pinsa Romana history dates back to the time of Ancient Rome, but over time the recipe has undergone several revisions until you get to the recipe of pinsa as we know it today.

Thus, the pinserie, begin to expand from Rome to all Italy, and then develop internationally, becoming famous all over the world and the Italian taste to be the most excellent and imitated.

What's the differences between pizza and pinsa?

The difference between pizza and pinsa lies not only in the elongated shape of the latter but also in its extreme digestibility.

The secret and the strong point are its long rise (from 24 to 72 hours), the high hydration of the dough (about 80% water), and the mix of flours used for the preparation.

The Roman Pinsa of today

The birth of today’s Pinsa Romana was born from the experience and passion of the pizza chef Corrado Di Marco.
The dough is different from the old recipe, it is made from a mix of flours designed to make a product with high digestibility.

In 2016, the Pinsa Romana Original Association was founded, which deals with quality control on the premises and has the task of protecting and enforcing the quality of Pinsa. The Pinserie that pass the control, are certified as activities that realize the Pinsa as protocol.

To learn how to make a product of excellence, there are specific training courses or you can buy pre-cooked artisanal bases to season and bake in the oven of your own home.

If you are in Rome and want to taste the real Roman pinsa, we recommend some places:

If you want to combine culture with good food, don’t miss our "Destination Eataly" tour where an excellent Pinsa Romana is ready to wait for you.