History of the decline and fall of the roman empire

The history of the Roman Empire is chronologically datable in the period between 27 B.C. and 476 A.D., and is divided into "High Empire", in the period from the government of Augustus to that of Diocletian and "Lower Empire", that is, the period that will end with the fall of the Western Roman Empire.

The Empire is that political system in which power is in the hands of only one person: the Emperor. This system was inaugurated by Augustus, when the Roman Empire reached the period of greatest expansion.
The term emperor, comes from the Latin imperator, and that means "to rule, to command", therefore representing the power of the victorious generals, acclaimed by his soldiers and by the senate and therefore proclaimed "emperors".

Let us discover together the success and history of the Roman Empire until its decline.

If you want to know Rome, its stories and its beauties, do not miss the best tours of Rome and with the hop-on hop-on bus you can enjoy all the wonders of the ancient empire.

The Roman Empire: history and expansion

The imperial period can historically be divided into two phases:

The term Augustus derives from the Latin "augere" which means "to increase", precisely to indicate the moral superiority of the emperor and his ability to bring wealth to the State.
From that moment, each emperor will be called "Augustus".
However, it is Titus Flavius Vespasian who formally assumed the office of Imperator. 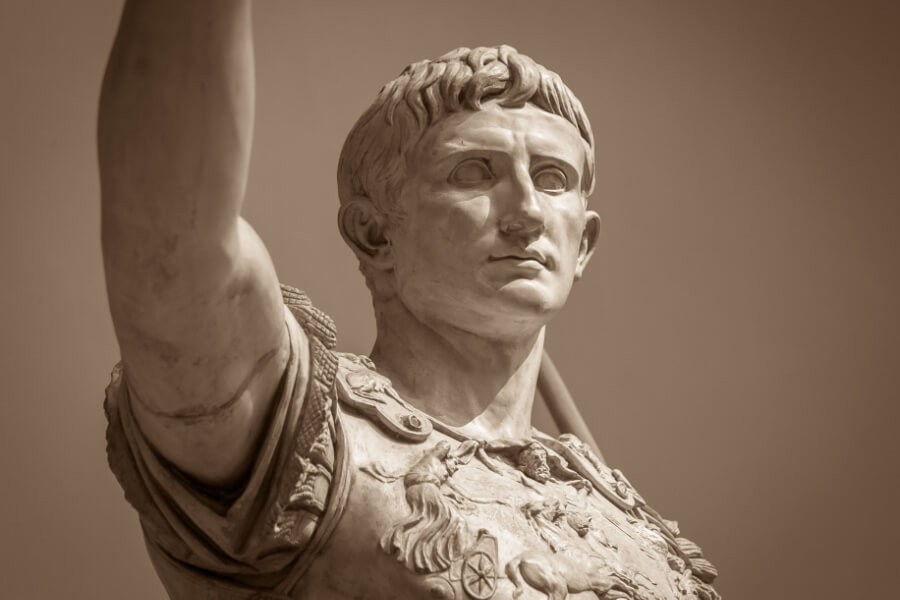 With the foundation of the Roman Empire began a period of peace and prosperity, the Pax Romana, destined to last over two centuries.

Between 98 and 180 A.D., under Trajan, there was the period of greatest expansion in the history of Rome. Rome was the center of political, economic and social life:

Order and peace, safe roads and seas, encouraged trafficking while the culture of Rome was spreading everywhere.

Hystory of the decline and fall of the roman empire

The end of the Roman Empire occurred in 395 A.D. with the death of Theodosius I, who divided the empire into two parts:

The causes that led to the end of the Roman Empire can be divided into two categories:

Internal causes of the fall of the Roman Empire

The internal causes that led to the fall of the Western Roman Empire are varied. Among these there is no doubt that anarchy, internal conflicts and the economic crisis have weakened the economic-productive structure of the territories of the Empire.

External causes of the fall of the Roman Empire

The external cause is essentially linked to the barbarian invasions. The weakening of the army, which until then had been able to defend the borders, favored the penetration of the barbarians.

With the date of 476 A.D. the end of the Western Roman Empire definitely marks the end of ancient history and the beginning of a new era: the Middle Ages.