The traditional Feast of the Epiphany in Rome: all you need to know

"The Epiphany takes all the feasts away". So says an ancient popular saying to indicate that with the Epiphany ends a long period of festivities.

The Feast of the Epiphany in Rome is well known and appreciated by both Romans and tourists visiting the city. The Epiphany revolves around the emblematic figure of the Befana, an elderly woman with an aquiline nose and sharp chin, who flies on a broom and lands from home and at home to bring gifts to children.

Spending the traditional feast of the Epiphany in Rome can be an excellent opportunity to visit the Eternal City in winter and discover its timeless beauty.

The tradition of the Befana

It is assumed that the traditional feast of the epiphany was connected to the propitiatory rites of the pagan tradition.
In particular, it comes from some legends about agriculture, according to which some mysterious female figures led by Diana (Goddess of hunting and vegetation) or Sàtia (a minor deity linked to the concept of satiety). They flew over the fields and made them fertile.

As we passed from the Goddess to the figure of the Befana is simple: the Christian Church condemned pagan rites and so we passed from the figure of the goddesses to that of an affectionate old woman who was represented on a flying broom (an ancient symbol of the purification of homes and souls in view of the rebirth of the season).
The tradition speaks of an old woman just to indicate the end of a cycle: with the winter solstice you pass from the old to the new. This is why we recite the saying "Epiphany, all the holidays take away".

The tradition Feast of the Epiphany in Rome 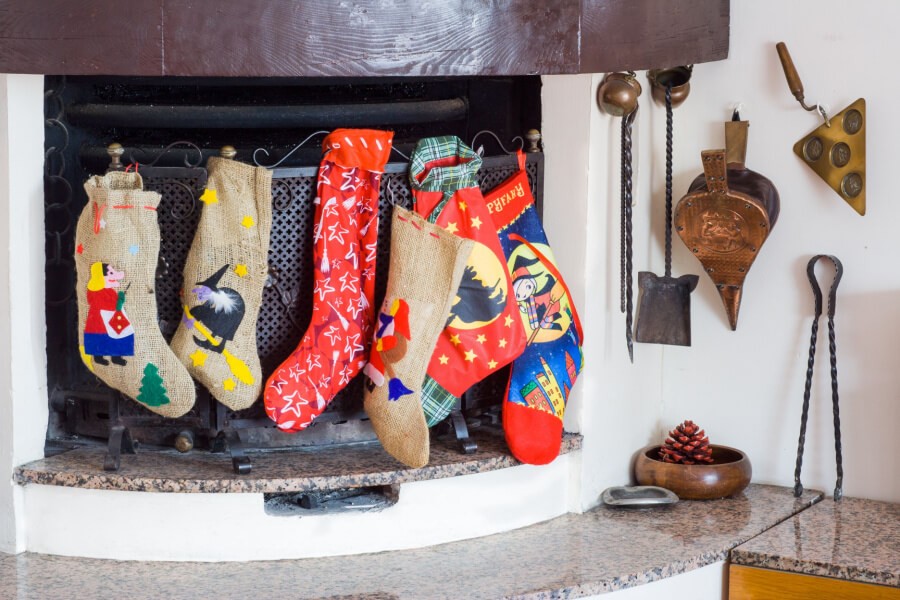 In Rome the Feast of the Epiphany is a tradition that starts from the nineteenth century. Among the Romans, at the time, there was the custom of celebrating the arrival of the Befana all together, gathered in Piazza Sant'Eustachio.
The square was full of stalls offering gifts and sweets of all kinds to young and old.

After the Unification of Italy, the festivities were moved to Piazza Navona, home to a large local market. In the square are usually set up stalls with gifts, toys and sweets while waiting for the procession of the Befana with numerous masked figures. And here she comes: the Befana who, having reached the square, breaks with her broom the pinata and starts the celebrations.

Even today the feast of the Epiphany in Rome is a very heartfelt event and an opportunity for social sharing.

The stocking of the Befana

In the night between 5 and 6 January, there is the custom for children to hang the stocking to the fireplace or elsewhere , to find it the next day full of sweets or coal (depending on whether you were good or bad).

According to tradition, the Befana is a very old woman who during the night of the epiphany flies on a broom, to visit the children and fill their stockings.
Generally, children who have behaved well throughout the year will receive sweets, candies, or toys. On the contrary, those who behaved badly will find the stockings full of coal or garlic.

The legend of the stocking is linked to a popular legend according to which the Three Wise Men, during their journey to Bethlehem, stopped to ask for directions to an old woman who showed them the way. The Magi, then, invited the woman to join them, but the old woman refused. He later regretted not having followed them and then prepared a sack full of sweets and started looking for them, but without success. He began to wander from house to house, giving to every child who met sweets and gifts, in the hope that one of them was the Baby Jesus.

The woman was very poor and wore patched clothes and worn shoes, to repay the effort the locals decided to hang new shoes and socks.

If you have decided to spend the Day of the Epiphany in Rome, we suggest some events to spend the 6th of January in a fun and original way:

Feast of the Epiphany in Piazza Navona with many stands and banquets for shopping. There is also a station for the crib and a carousel.

There will also be a large Christmas tree in which children can attach their letters dedicated to the Epiphany or Santa Claus.

Befana at the Odescalchi Castle in Bracciano
What better way to spend the feast of the Epiphany than inside a real castle? Adults and children will hear a magical legend told by the Epiphany along with some legendary characters.

Befana at Cinecittà World
You can celebrate the feast of the Epiphany in the famous amusement park "Cinecittà World". There will be an initiative called "Powder of Stars, path of lights and designer lights", made by Meta Lux, the Christmas markets, many surprises and gifts for children.